Oil Life Monitor was in service since early 1980s, created by GM and it was called OLM. And it was based on mileage. Mileage-based systems estimate the life of the oil based on a preset mileage recommendation that can range from 8,000 to 10,000 Kms. It can be an effective reminder for some owners, but it does not take into account severe-duty operation in heavy traffic and short trips.

Calculation-based or intelligent oil life monitors use multiple inputs to determine the health of the oil. GM’s first Oil Life Monitor (OLM) that used more than just mileage to determine the interval appeared in 2007.

GM system, OLM, is calculating the oil change interval on actual data from the vehicle. The calculation equation is based on mileage, operating hours, Max engine RPM reached, Ambient Air / Oil / Coolant temperatures recorded and of course the time since the system has been reset. If the date is not set in the driver information center, the oil life monitor might not work.

The most important thing to remember is that these estimates on the health of the oil are built around the recommended oil specification by the automakers. Since the vehicle has no idea about the specification of the oil, it is critical the oil matches the oil life monitor.

GM has forced system program to have Zero percent by 15,000 starting Model Year 2013 productions. And the programming may be changed by the manufacturer according to the different conditions.

GM Dexos1-approved Engine oils are recommended for all 2011 and newer GM vehicles with gasoline engines. They are designed to work with the oil life system in GM vehicles. These oils are engineered to reduce carbon deposits in the combustion chamber that can occur in some Ecotec® engines. 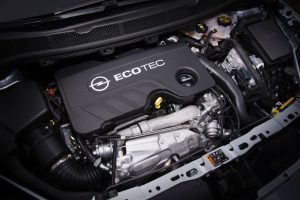 In 2015, GM revised Dexos1 specifications. Oils that meet this standard are often labeled Dexos1 Gen2, which are formulated to operate with GM high performance engines

To reset the OLM yourself, check the following video and do it yourself.